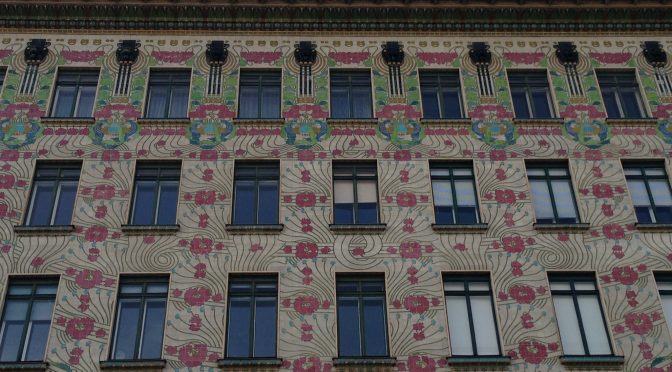 After leaving Szeged, I spent another couple of days in Budapest, again in Attila’s Airbnb flat on Raday. It was a busy couple days catching up with old (and new) friends. Tuesday I had lunch at a Thai place (okay curry) with Tracey, one of the CEU fellows, whom I met at the workshop. Talked about gifts and about Budapest. Then I met Greg and Jeanne for dinner. Greg, who was one of my fellow Fulbrighters, stationed in Eger, has come back to lead a student study abroad. They spent time in Budapest, Eger, and Vienna. In Eger they visited wineries and worked on marketing plans to suggest how they can market their wines to the U.S. It was wonderful to see them, and we had a nice dinner at a restaurant by their hotel–some nice Hungarian paprika sausage with beans for me.

Then on Wednesday I had tea with Chris from the embassy and caught up with him. He only has a bit more than a year left here, as they are only posted for three year periods. After that I cut across the city, stopping to visit some of my favorite sites, such as the WWII memorial & pointed (and poignant) counter-memorial and the Dohany Street Synagogue.

By the time I reached  the Fulbright office I was dripping from the heat. I had a long, pleasant chat with Annamaria, who filled me in on what has been happening here, Fulbright wise, including some new difficulties with resident permits–it seems we now have to get those in US, which is a drag since there aren’t many places to do that. So it goes. I also caught her up on my study abroad and all the exchange and other plans we are working on between Fredonia and Szeged, as a result of the connections made through my Fulbright. I look forward to having another one! Finally left there and headed home. Met Greg and Jeanne again for dinner. This time the other prof with them (a wine expert) and her husband, a winemaker, joined us, as did a woman from Melbourne whom they met on the boat back from Szentendre. We went to a wine tasting place which was excellent. We all tried different flights of wine (imagine, me, drinking wine!) and I had reds, of course. We learned about the specialties of the various wine regions of Hungary, including Villany, Eger, and others. I do like the Villany reds, as well as the Bikaver from Eger, the famous “Bull’s Blood”, which is a blend of different reds. Their was even a white Pinot noir, which I wouldn’t have thought possible. We all tasted most, and enjoyed it immensely. Had a nice charcuterie plate to go with it, with different salamis–one with paprika, one telis salami, and one wild boar, I think. And nice cheeses, bread, pickles and such. Very fun evening.

The next day I was up early for the train to Vienna. My friend Janis from grad school met me at the station and with her expert guidance we took the U-Bahn to St. Stefansplatz and walked down to check in at the Pension Nossek. Janis is there to teach for her college’s summer school program; that would be sweet! PN looked just as when Joy and I stayed there, but the same manager wasn’t there this time. I had a nice room again, though not the great one overlooking Graben that we had before. Janis and I had a nice lunch at a sidewalk cafe, some chicken salad and a lemon soda water. Afterward we went to the Secession Building, which is great example of said style. This was the initial place the Secessionists built for their own exhibits after they ‘seceded’ from the mainstream art. There is a fantastic Klimt mural, the Beethoven frieze, though it seems half-finished (have to look up why). It has great Klimtian figures and the signature gold and sylph-like women. And a beast that looked like a prototype for King Kong. Cool place. After this we felt the need for more sustenance, so we went to the Museum Cafe across the street and had Aperol spritzes, made with the bitter orange aperitif and soda–very refreshing. And a nice little tart that we shared.

Thus restored, we continued our Secession tour with a walk along the Vienna River (which isn’t much to look at, I might add). Saw some wonderful building designs, including a couple I wouldn’t mind living in one bit! The tour’s high point were two glorious Otto Wagner (check!) buildings, one white with gold design and the other with flowers down the facade and wonderful balconies. Fantastic!

We met Greg and Jeanne and all their students for dinner at a huge traditional restaurant under the Albertina Museum. Took a look at the anti-fascist memorial first, which is across the street. It is on the spot where an apartment house stood. During WWII it was bombed and the entire building collapsed, killing all those in the bomb shelter beneath. They are still entombed there beneath the concrete. A haunting site. Followed by reminders of life with good food (schnitzel of course) and friends. All in all, it was a lovely if brief day in steaming Wien. I slept well and, after a delicious breakfast at PN, hurried to the City Air Train in the morning to get to the airport for my flight to Bucharest, to begin the next chapter in this trip.